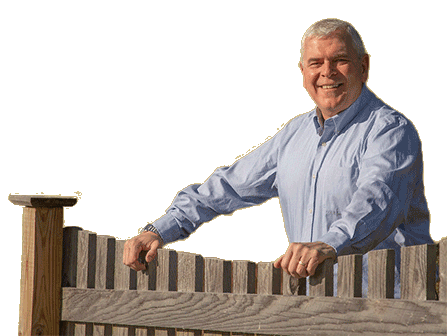 A lifelong resident of Central New York, Joe Angelino is the product of parents from the Greatest Generation.
From a young age, Joe's parents taught him the values of honesty, hard work, and compassion for others. All of these values made Joe an exceptional police officer, a police sergeant, and ultimately the police chief who led the Norwich Police for nearly 20 years.

During a leave of absence from the Norwich Police, Joe enlisted in the United States Marine Corps in 1985. It was in the Marines that Joe's natural leadership abilities catapulted him upward through the ranks. A three-time combat veteran over two wars, Joe served as a tank commander in Desert Storm and an infantry 1st Sgt during the Iraq invasion in 2003 and again in 2005 when he received two Purple Heart medals. Joe retired from the Marine reserves as a Sergeant Major, the highest enlisted rank in 2008.

While serving as the Norwich Police Chief, Joe was tapped to simultaneously act as the city's fire chief, thus responsible for over half of the city's budget and personnel.

"At a time when the Norwich Fire Department had no Chief, with low morale, running extremely high overtime, in a deep financial hole, and suffering from outdated equipment, there was only one person who could fix this. We recruited our police chief, Joe Angelino, to get things turned around" - Robert M Jeffrey, former 6th Ward Alderman.

Joe married Kendall Saber, a well-known Nurse Practitioner from Sherburne, New York. Together they formed a team known for helping, caring and serving others. It is this commitment to service and making things better that drives Joe to run for the Assembly.

Some of the activities which Joe is or has been associated with over the years:

Joe has been formally recognized by the following organizations: